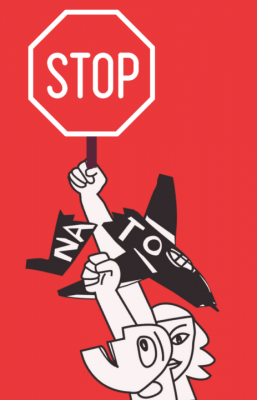 A friendly reminder that I will have a small rally “Stop the Weapons, Stop the War, Stop NATO” on Tuesday, June 28 from 4:30-5:30 pm at the Waterloo Public Square. Map

This action is in solidarity with the actions taking place across Canada, the UK and Spain during the NATO Summit in Madrid.

Yesterday in Madrid, 20,000 people were on the streets saying No to NATO.

It is because of NATO that the war in Ukraine is raging, that Canada has increased military spending by 70% over the past 7 years and will increase it another 70% over the next 5 years, why Canada is not joining the Treaty on the Prohibition of Nuclear Weapons, why Canada is buying fighter jets, attack helicopters, armed drones and warships.

NATO’s militarism and military spending is the greatest threat to people and the planet.

Please join me! See more details below and here: https://peaceandjusticenetwork.ca/stopnato/